[Reading] (Tanakano) Yashiro
[How to read] (tanaka no) yashiro

Because it is a non-governmental company, it is not applicable. 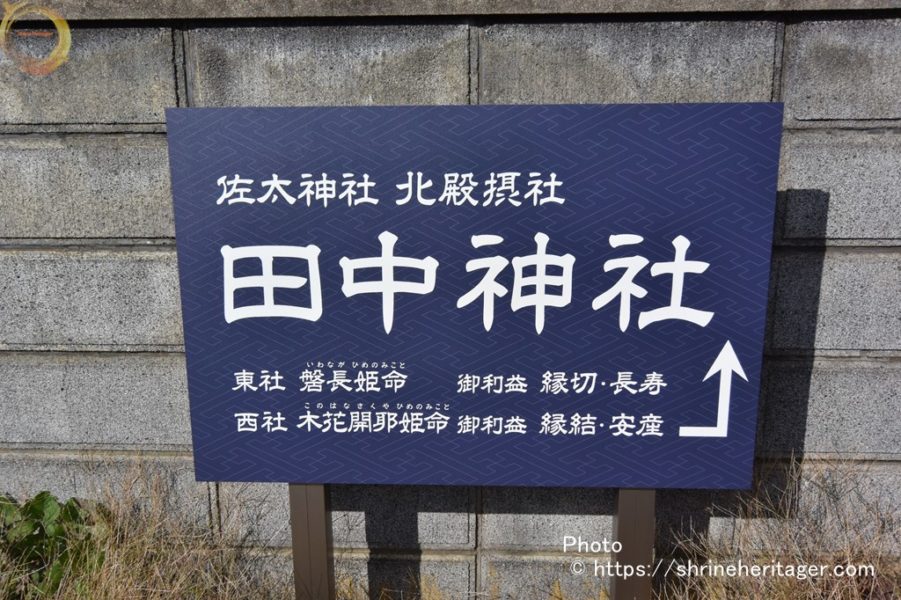 Tanaka Shrine is a set shrine in the north hall of the head office, and two shrines are located facing their backs in the flying area 100 meters east of our company.

It is Nishisha that is heading to the main shrine of Sta Shrine, and it enshrines the princess's life (this Hanasakuya Himeko), the marriage, the ansan,
The Higashisha, which is built with his back turned, enshrines the life of Princess Iwawa, and has faith in marriage and longevity.

This is derived from the story of the god of the festival in the north hall of the head office.
It is said that the elder sister returned it to parents because the appearance was ugly, and the shrine where there is a profit of the edge seems to be rare nationwide.娶
There are many people who visit to worship and pray in addition to various bad relationships that cannot be cut off easily, including bad relationships between men and women.

It is a mysterious shrine where the company of "marriage" and "marriage cutting" which is rare in the country is built back to back.

On the main shrine of Sta Shrine
It is the edge cutting and longevity in Tosha that it is built with the back turned.
The faith of the marriage and the ansan in Nishisha to be built toward 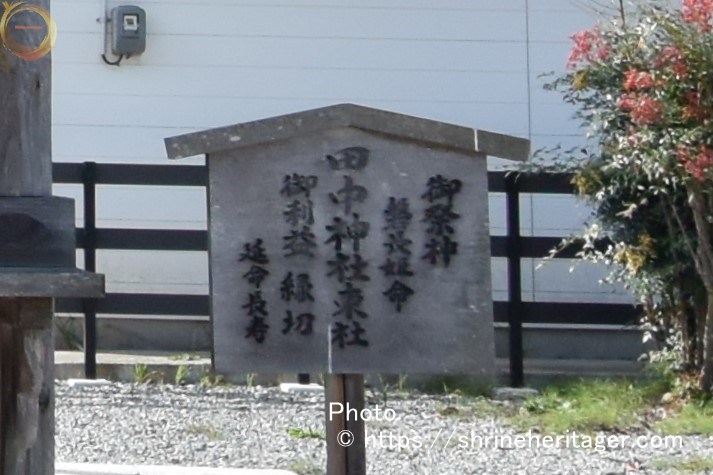 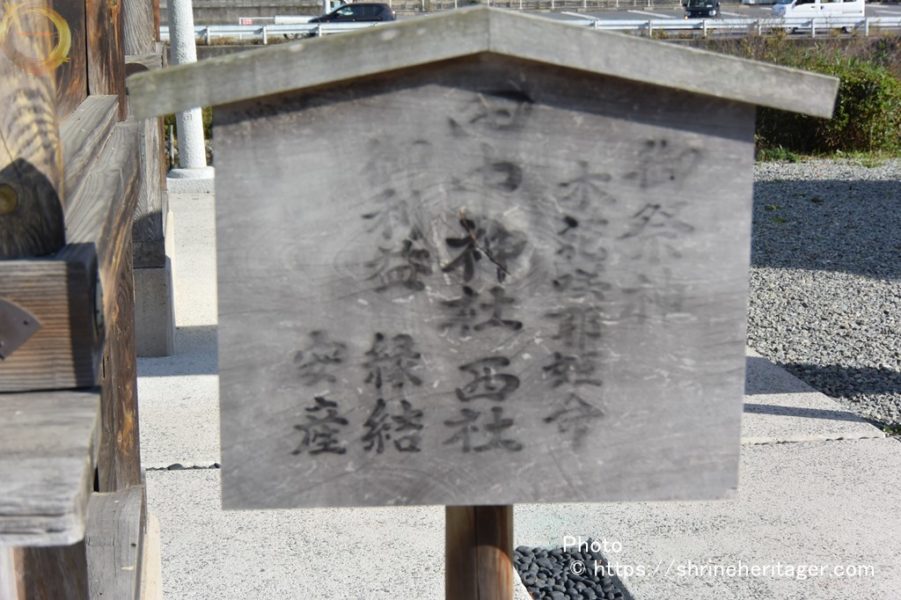 Everyone has a relationship that they want to break, such as a man and a woman's relationship or a bad habit.
And then it's a great marriage.

It's a three-minute walk from Sagaya Shrine.

There is a signboard next to the parking lot.
There is a front torii gate facing east along the Sada River. 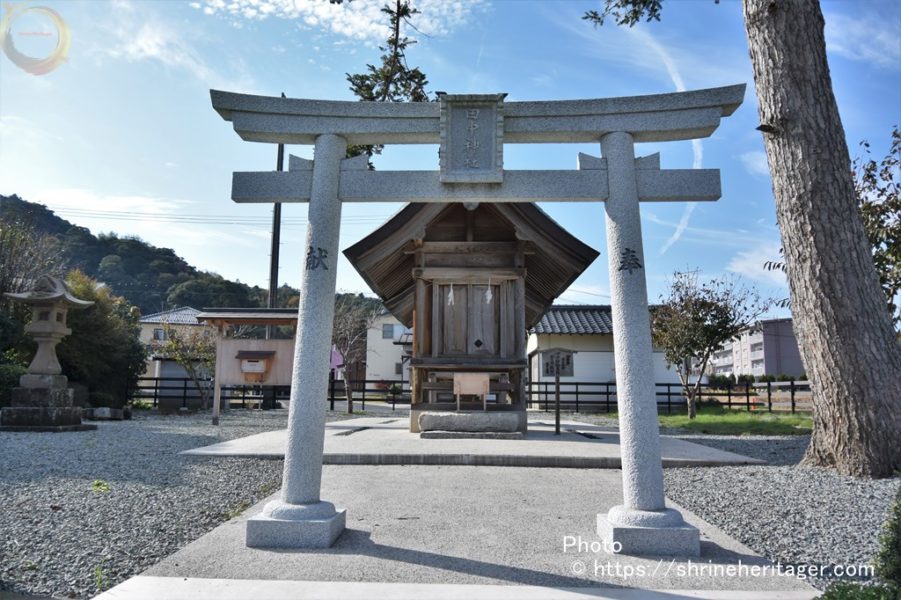 Is it a marriage after cutting the edge after all?
In this order, I'm going to visit a company in the East and West.
After all, when I bowed and entered the torii gate, what was in front of me was the edge and longevity at Tosha. 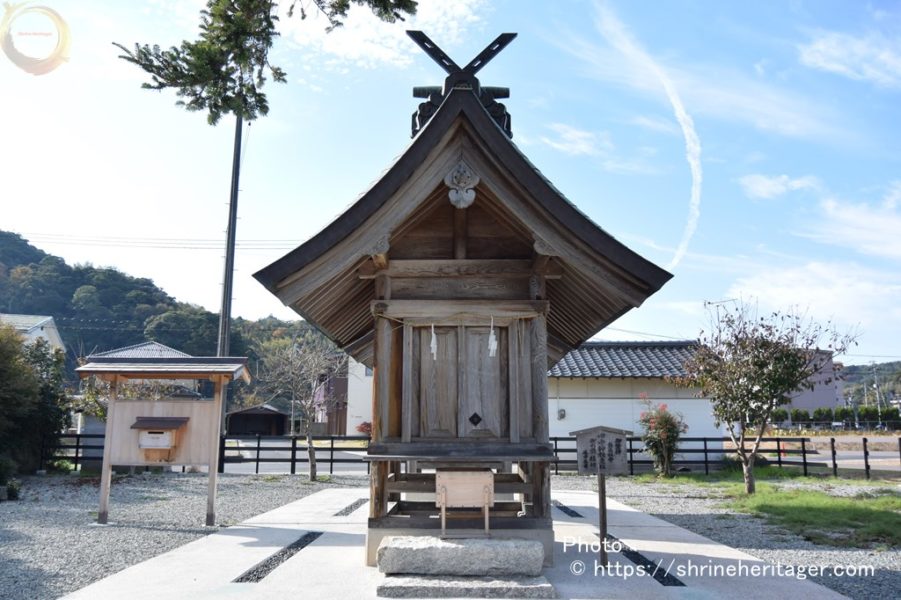 It is a marriage and an birth in Nishisha that it is built with the back. 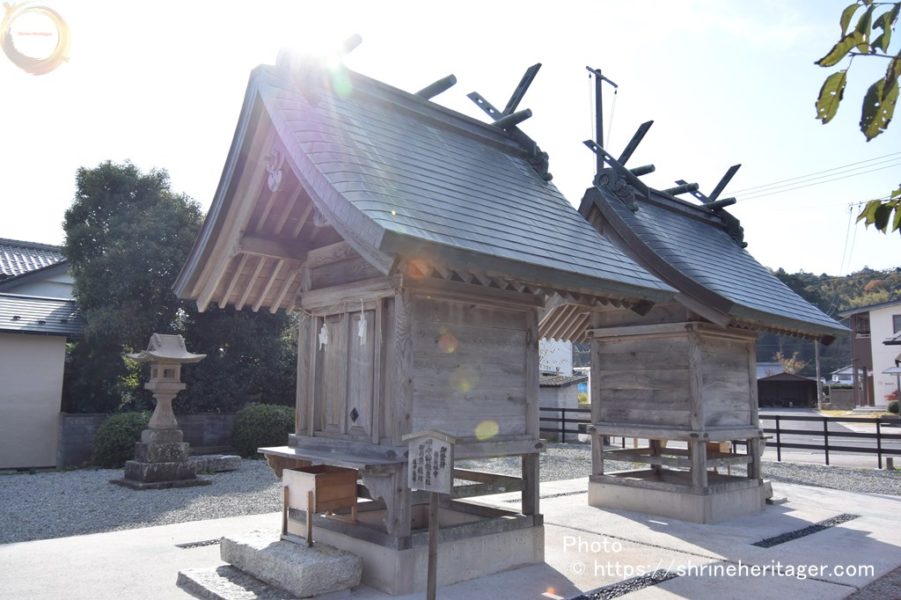 As it is, proceed to the east-west company.

I'm sing a
lot of money. I wish you all the best. I pray with my hands together, hitting a high hand that can't reach the god of worship who bows and settles while wishing to be in accordance with your divine power. 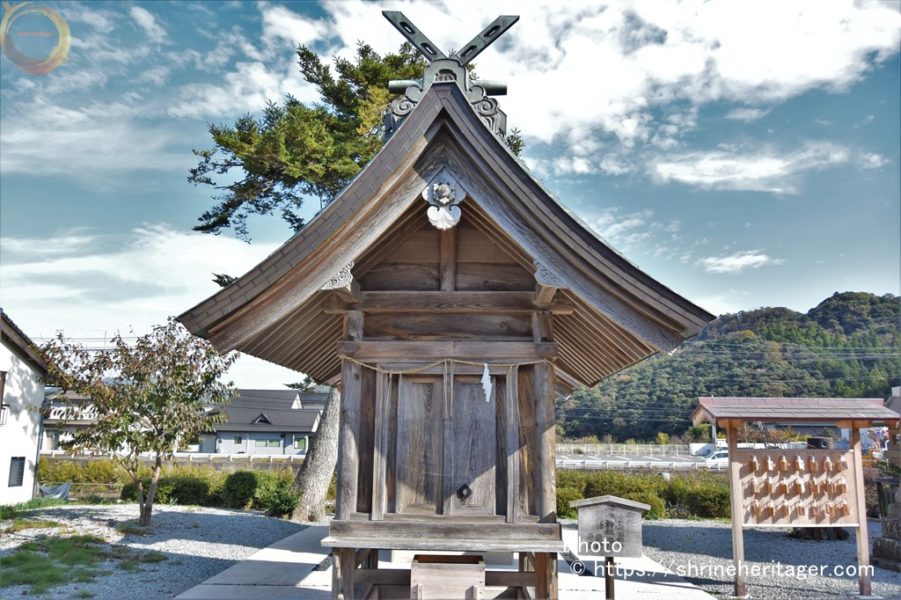 From the side, there's a ed horse stand standing in the middle, and we're just accepting both sides' wishes. 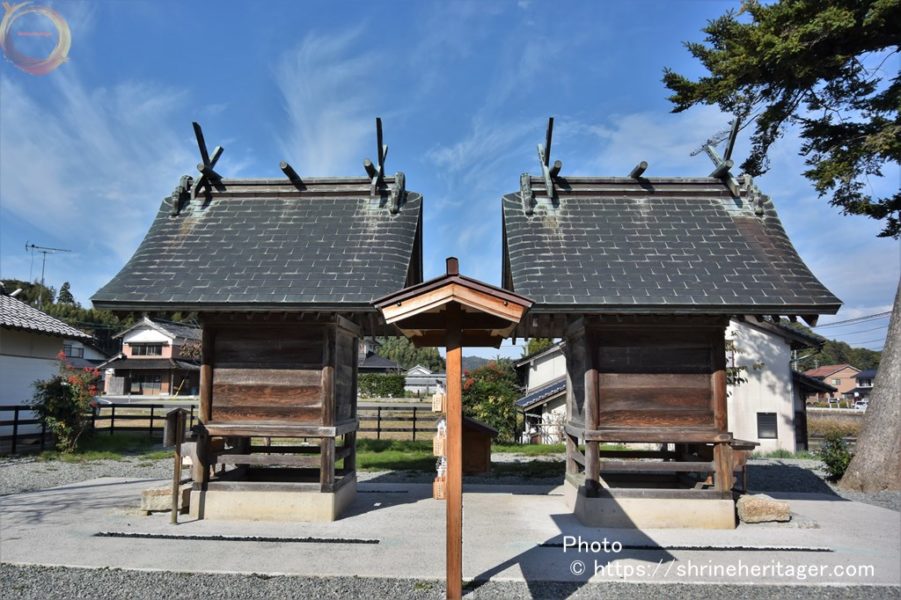 I went back down the approach, went through the torii gate, turned around, and bowed. 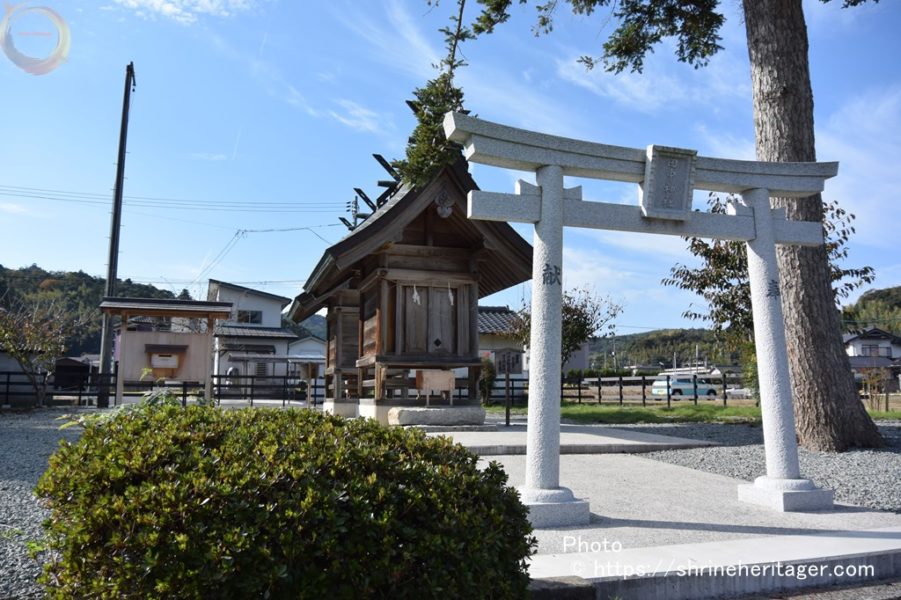 a
translation of one's intention "Inigi no ikoto" was treated by a beautiful 孃 child (otome) in Misaki, Kasasa, and asked, "Whose girl is musmego?"

I was also asked, "Do you have a brother?" and I said, "賣 have an iwanaga hime."

When asked, "I'd like to marry you," he said, "I can't say anything, but my father, Oyamatsumi no kami, will say."

When I was asked by my father, Oyamatsumi no kami, I was very happy to have my sister's iwanaga hime 賣 with a lot of 獻 of tops.

However, because the elder sister was very ugly, I sent it back for fear, and I stayed only my sister 賣 Kihananosakuya Hime and stayed 寢 night.

As a result, the Emperor's life expectancy has been gone for a long time to this day. 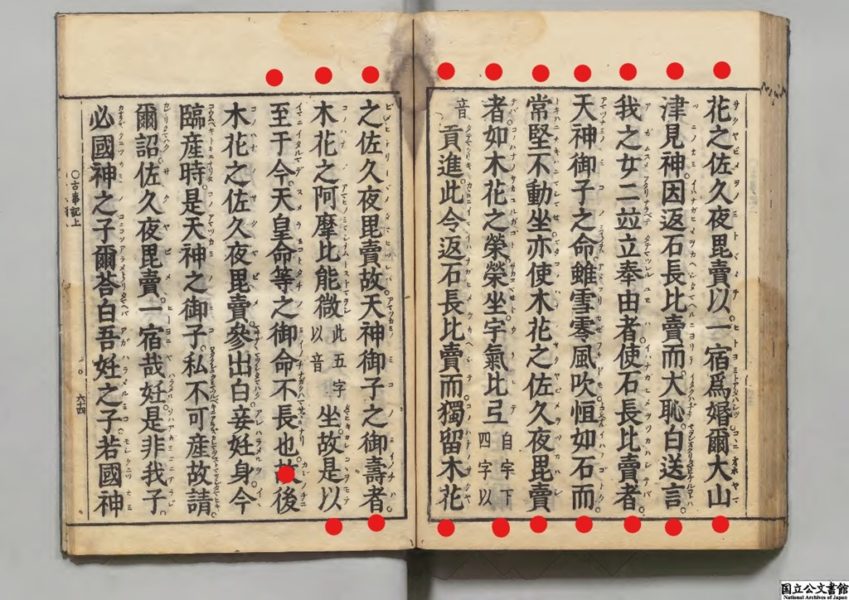 a
translation of one's intention Tanaka no yashiro

This company is the guardian deity of pox.

The god of "marriage" and "marriage"
is enshrined. "rai" at Tanaka Shrine (90-degree bow) 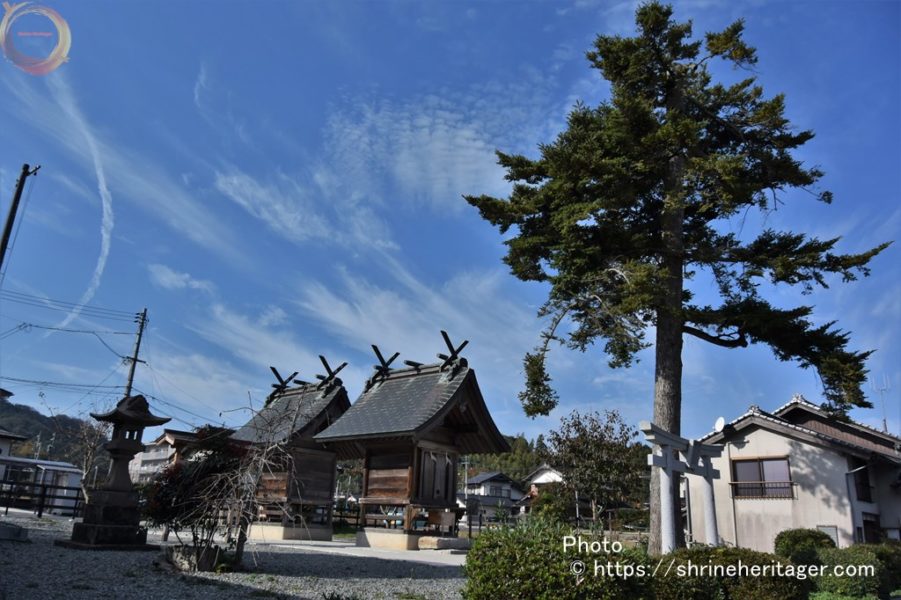 Odome Daimingjin (Yunnan City) has a history that it is the place where "one of the three kinds of divine vessels" (Kusanagi sword) was removed from the inside by slashing and fastening the tail of the Yamata no orochi.

The Asahibi Shrine (Yunnan City) enshrines the father and mother god of "Princess Inada" who is about to be sacrificed in the myth of the "Yamata no orochi".