Odome Daimingjin (Yunnan City) has a history that it is the place where "one of the three kinds of divine vessels" (Kusanagi sword) was removed from the inside by slashing and fastening the tail of the Yamata no orochi.

【延喜式神名帳（engishiki jimmeicho）所載社（Place of publication）】
The shrine record was completed in December 927 AD.

神代
Shrines are very old, from the days when the gods flourished. And the Death Is Still Going on 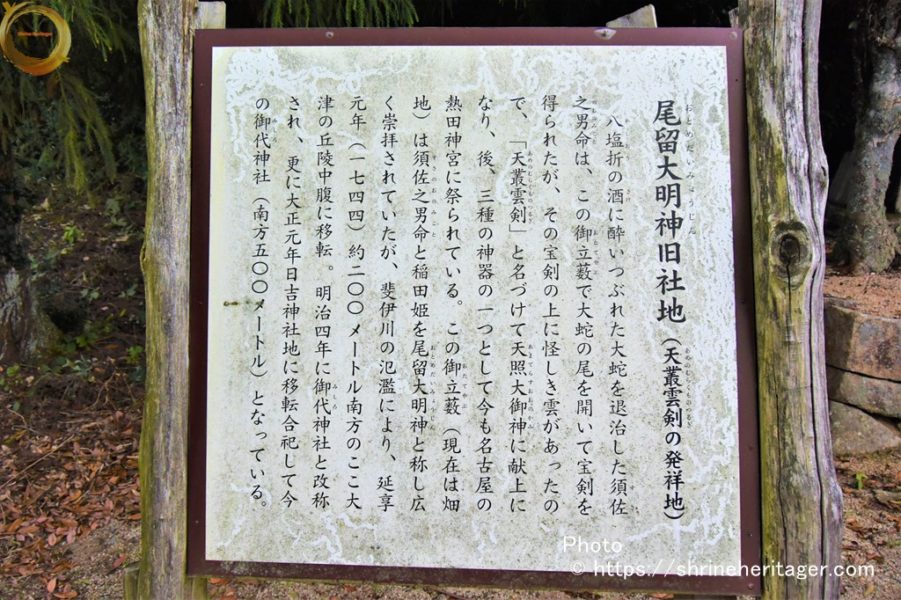 Susa no Ono, who got rid of a large snake intoxicated by the sake of Yashio ori, opened the tail of the serpent in this Tateyabu. I was able to get a treasure sword, but because there was a suspicious cloud on the treasure sword, I called it "Ame no Muraku no Tsurgi" and became a tribute to Ameteru-Okami, and later, It is still held at Atsuta Shrine in Nagoya as one of three kinds of divine instruments.

This Mitachi-yabu (now Hatachi) was widely worshipped by susao-no-komei and Princess Inada as Odomedai Myojin.
Due to the flooding of the Aoi River, it was moved to the hilly hills of here Otsu, about 200 meters south of Yan'an Year (1744).

It 盞 said that Susanoo no ikoto slashed the head of Torochi (yamata no orochi) of Yawata in the land of Hachiguchi Shrine, and "cut the tail" in this land.
Because of 盞, the alias of Susanoo no ikoto is called "otome daimyojin".

The birthplace of this shrine is otome daimyojin, the former sedation of Miyo Shrine.

Miyo Shrine will be guided in a separate article.

There is no public transportation, so it's convenient to get there by car.

We will arrive at Mishiro Shrine.
It is located on the hilly side of Otsu on foot from the parking lot of Oshiro Shrine 500m east of here.
It's on the right side of the road. 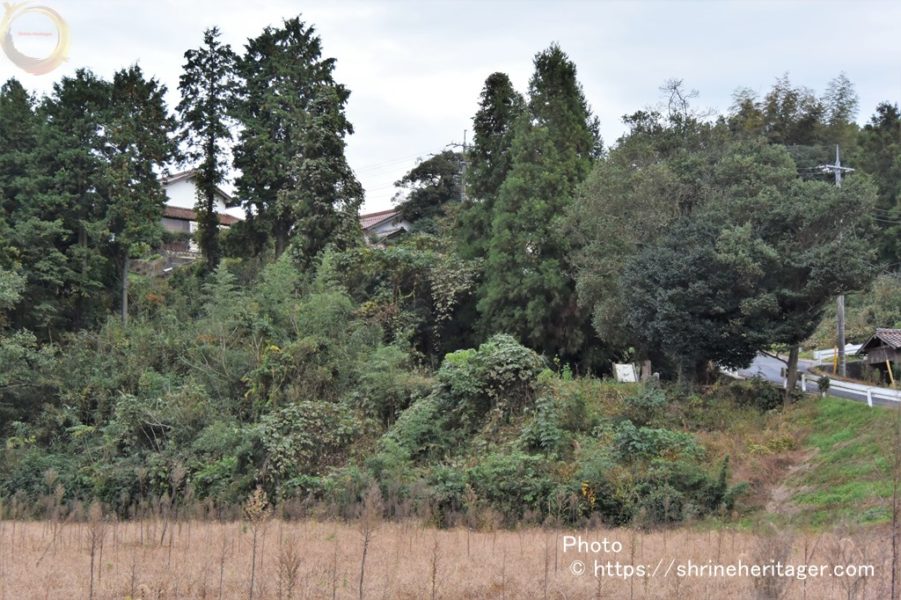 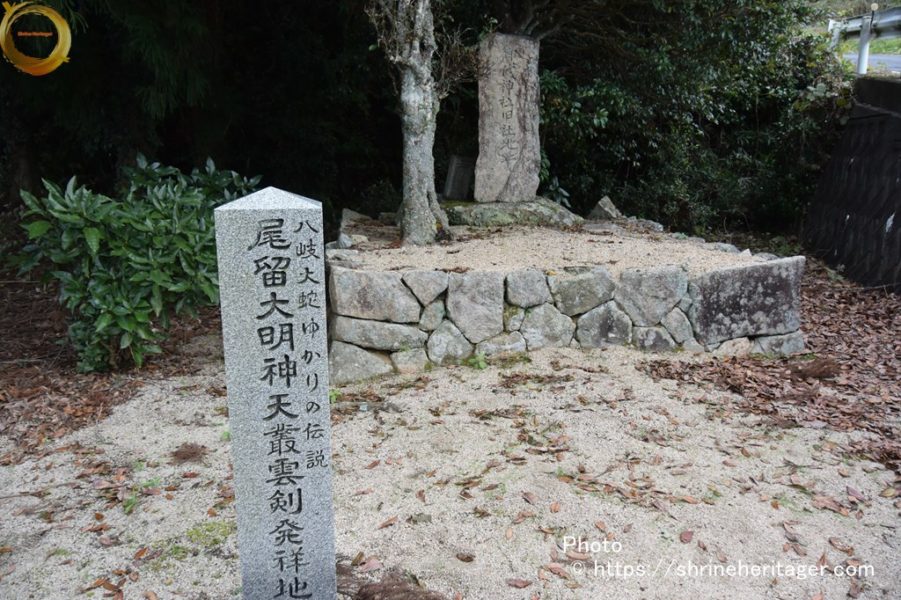 Signs and stone monuments are built, and you can see them right away.
I pray in front of the stone monument of "Oshiro Shrine old shrine site ruins".

Under the hills, there is a field, and at the end of it you can see the ground of the grass pillow that Torochi of Yawata (yamata no orochi) used as a pillow and the Hachiguchi Shrine where the head was cut down. 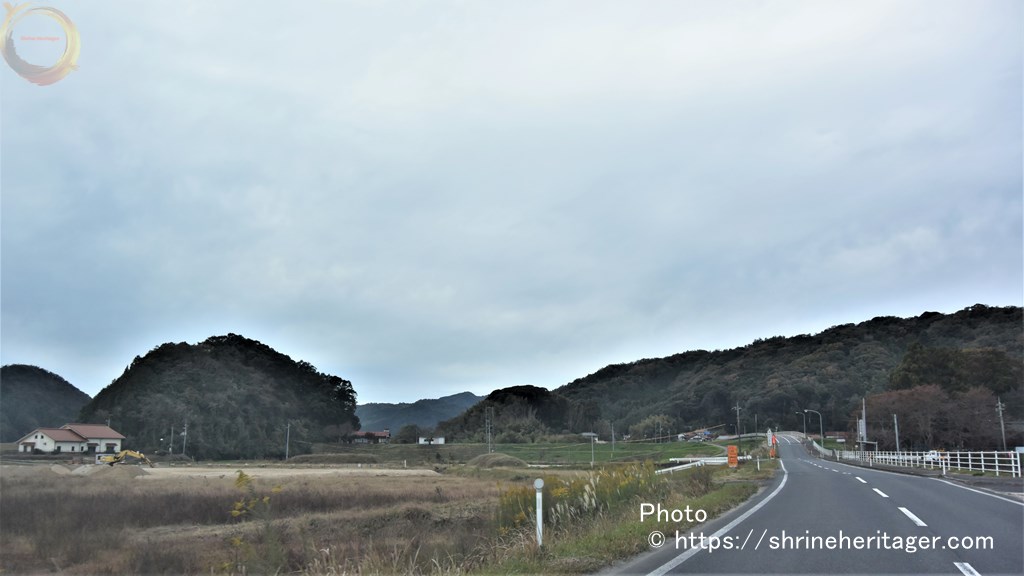 It's talked about in detail.

a
translation of one's intention As I was ordered there, I prepared and waited as I was told, and that Yawata no orochi really appeared as I was told.
The orochi drank with eight of his heads dripping every sake oke, and then he got drunk and stayed there and fell asleep.

Saya Susanoo no ikoto pulled out the ten swords he had been wearing and slashed the large snake, so Hikawa (hi no kawa) became like a river of blood.

And when I was slashed on the tail of the large snake, the blade of the tosska no tsurugi was a little chipped.
This was thought to be suspicious, and I stabbed the tail at the end of the sword.

So I took out this sword and thought it was a strange thing, so I offered the circumstances of this to amaterasu omikami, and this is Kusanagi no tachi.

This is the sword of the god body of Atsuta Shrine, and it is one of three kinds of divine vessels. 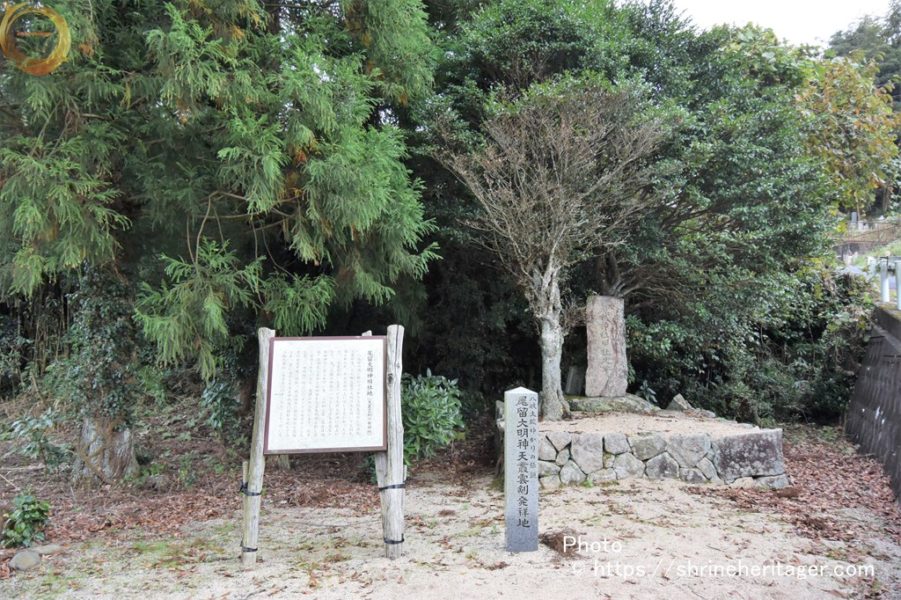 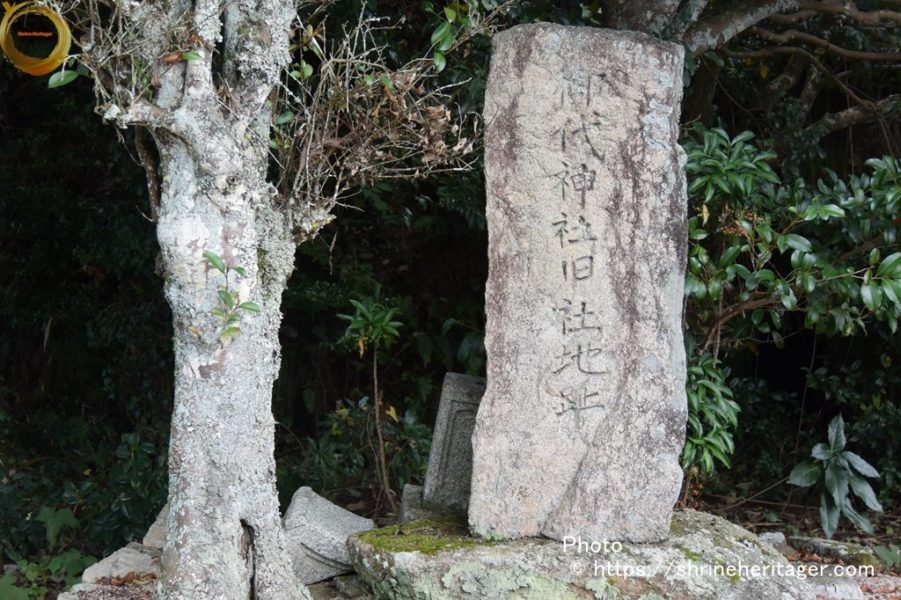