One. It is said that it is a long time Shiimiya, and according to "Nippon Shinki", Emperor Jinmu decided to march to The East when he was 45 years old on October 5, 667 BC, and when he left hydration and came to the fast-sucking gate of the toyoyo Strait, where the currents were intense, a fisherman, Jinhiko (Uzuhiko) appeared and offered water guidance to Emperor Jinmu. The Emperor was able to pass the difficult place safely by awarding the vertebral comb to Jinhiko, so he gave Shiine Tsuhiko's last name. It is said that the Emperor's team landed near Shiimiya Shrine, and later enshrined Shiine Tsuhiko here.

The Emperor's party was welcomed by the founders of Usa Kunizo菟 Utsuhiko and Usatsu Hime built a temporary shrine (on the south shore of the Bridge of Usa Jingu) on the Usakawa River. The Imperial Army, led by Mitsuhiko Shiione and left Usa, landed in Naniwakoku in November through Okanonato in Chikushi, Emiya in Akikuni, and Takashima Island in Kibi咫. Aling he advanced to Kawachi, he was cul-de-severed by the fierce resistance of Nagamedehiko, landed in Kumano from the sea route again, arrived in Yamato, led by Yathahara, and was enthronement to the first Emperor at Hagiwara Palace. Emperor Jinmu entrusted Shiine Tsuhiko to the National Building of the Samurai.
In the Waki area, there is a 柁-nose shrine dedicated to Emperor Jinmu, his older brother Gosemei, and his father's unannounding life, and there is a monument dedicated to the life of Mitsuhiko Sasatsu under the main gate of Usa High School.

From the precincts guide board 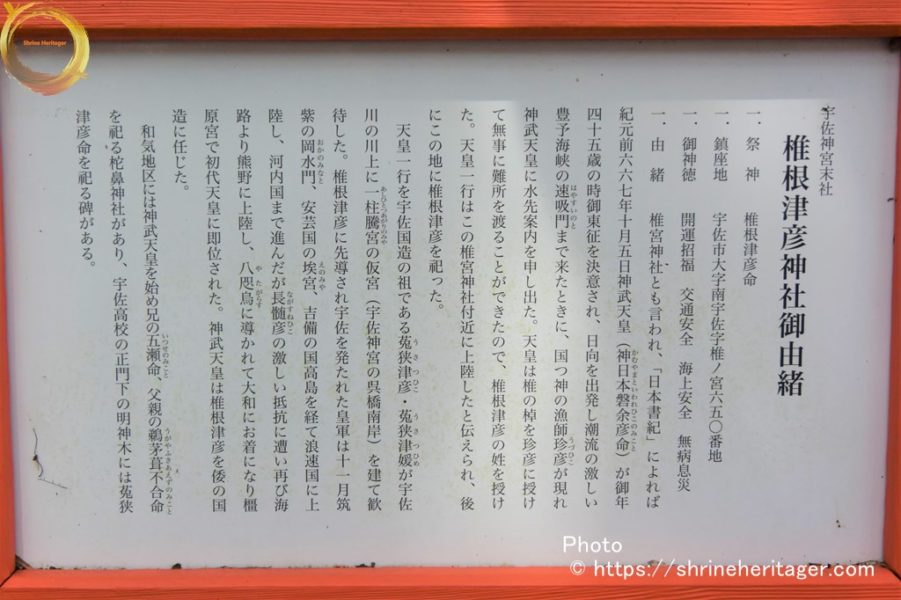 When Emperor Jinmu marches to the East, he enshrines the life of Mitsuhiko Shiine, who guided the sea.

It is reported that this place is the landing point of Shiine Tsuhiko.

This shrine has a long history.

On the remains of "Ichibashitotsu agarinomiya", a relic on the south shore of the Bridge of Usa Shrine

It is said that this is the landing point of Usa, where Shiinetsuhiko led Emperor Jinmu.

It is said that usatsu hiko and usatsu hime built a temporary palace of ashihitotsu agarinomiya (south bank of Kurehashi in Usa Jingu) on the river of Usa River and welcomed them. 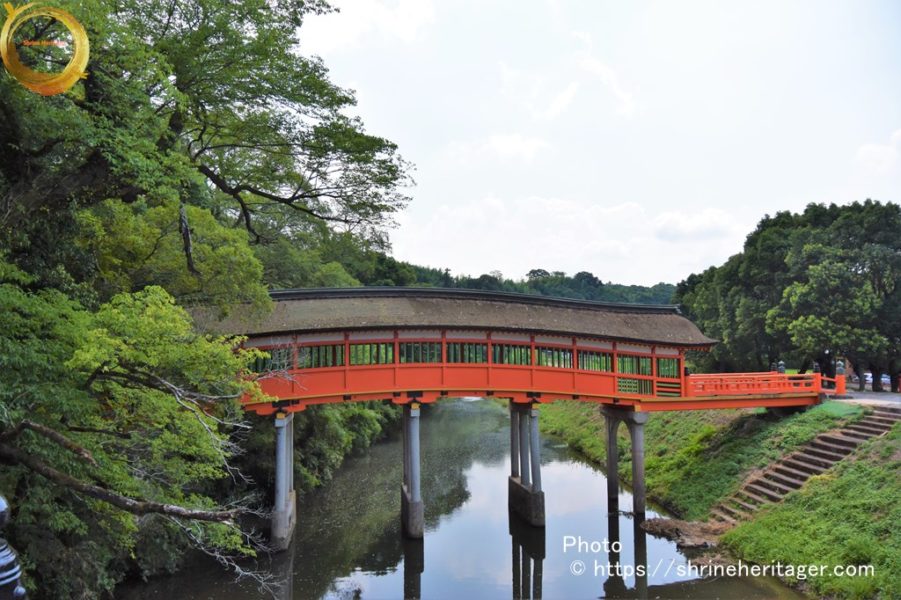 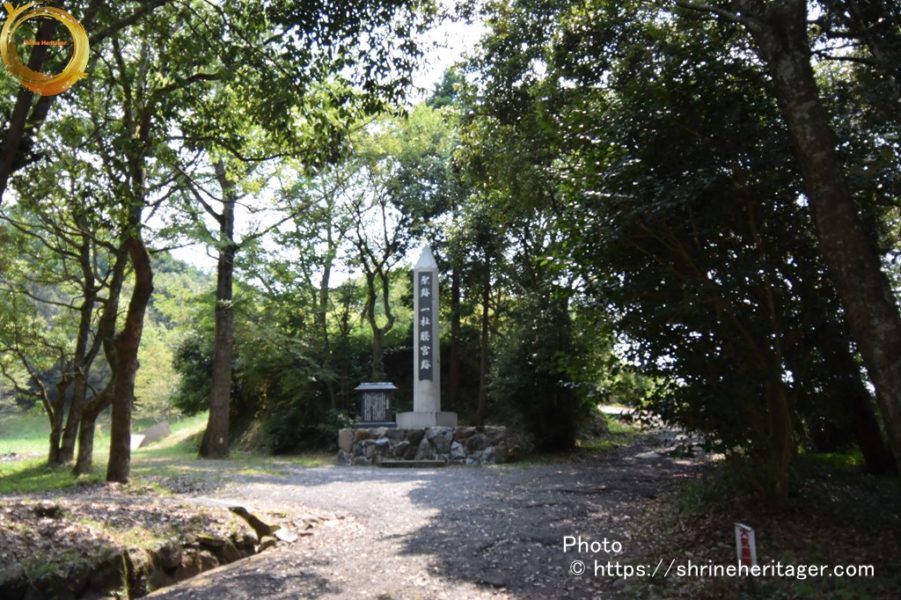 I introduce the state when I visited this shrine.

At the back of the hospital, we're sitting one step higher. 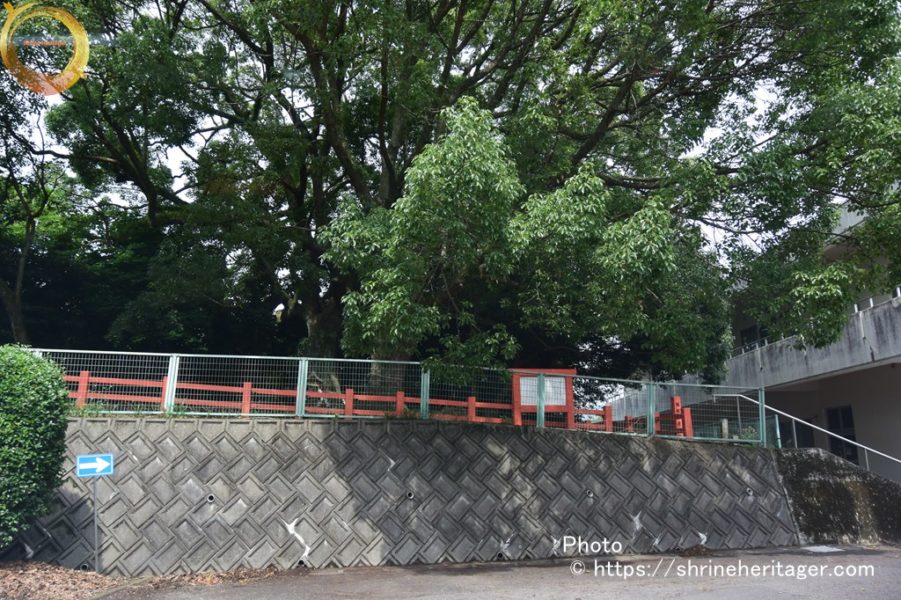 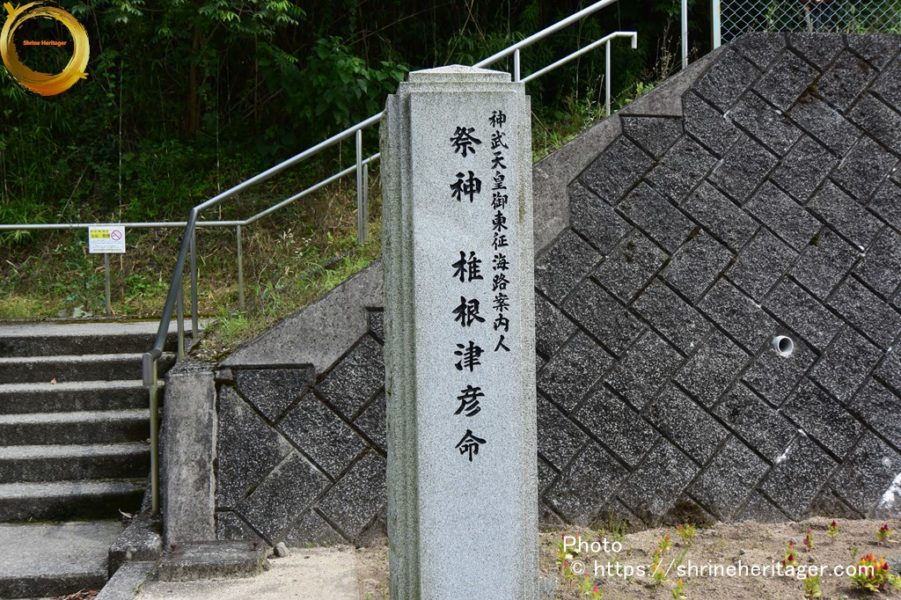 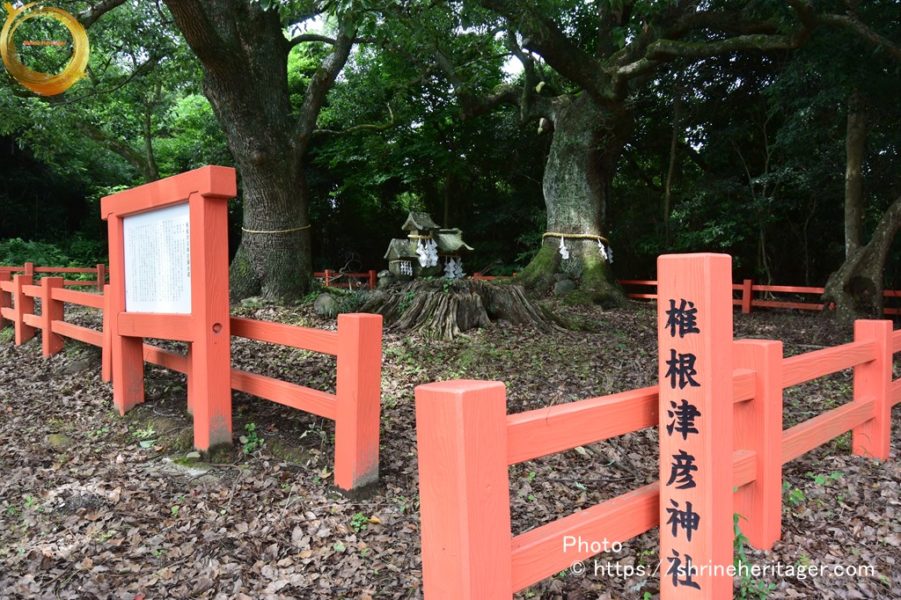 There is no shrine, but there are three stone axes in the center of the big tree.

I'm in a stone pass. 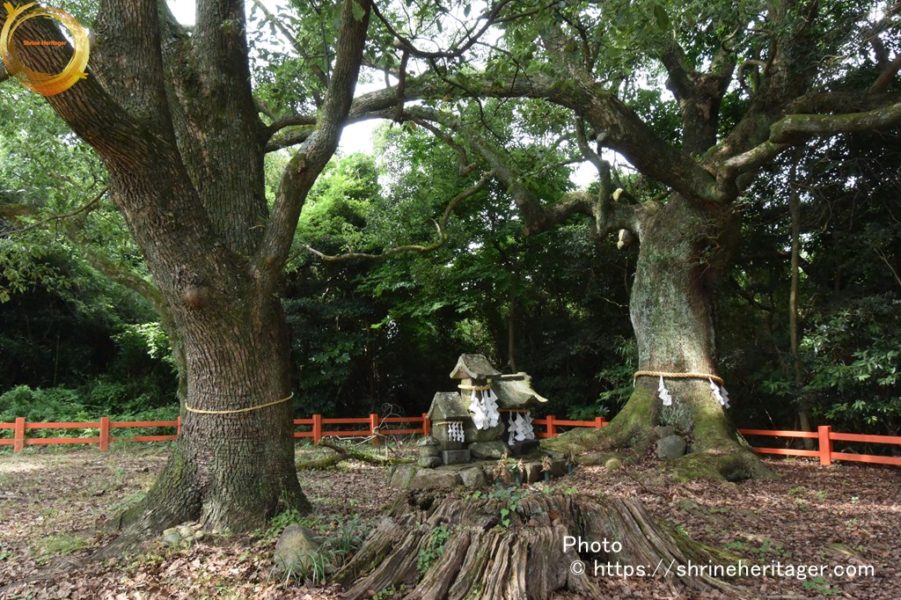 I wish you a change.

A prayer that puts both hands together, praying to reach the deity of the festival 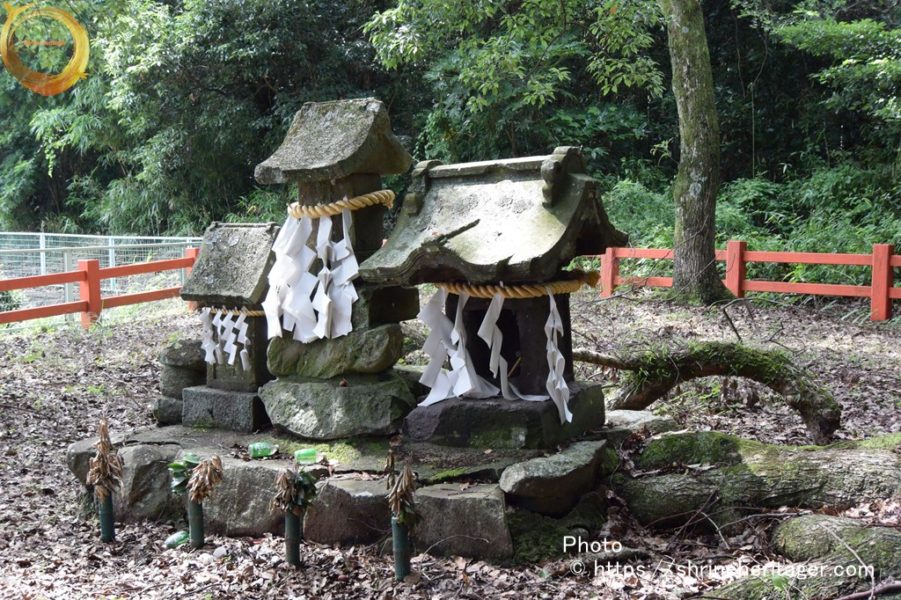 If I sit here like this,
I'm sure I'll be cleansed. On the other hand, if you stay here for a long time, you'll fall in love with this
place.

I'm going to go outside Tamagaki and look back and bow. 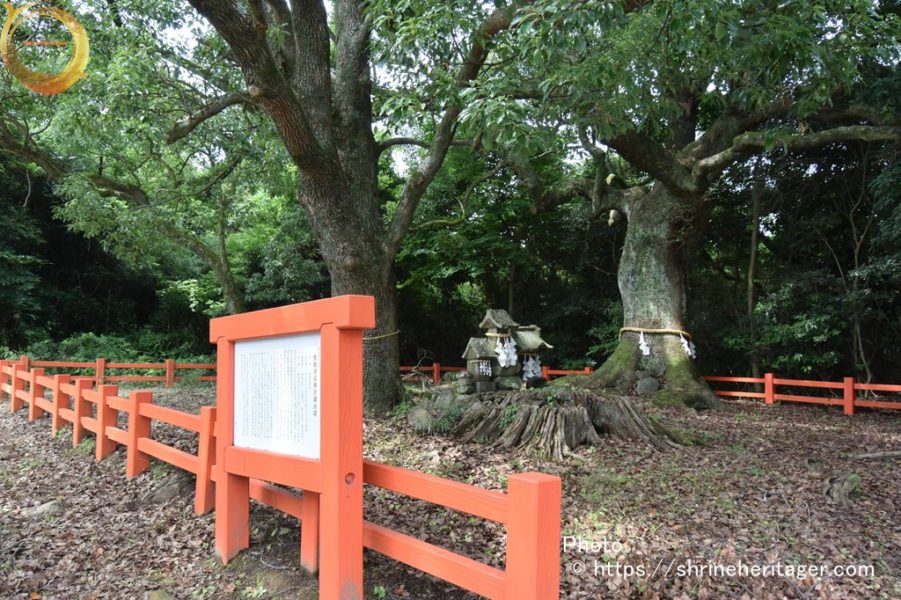 When Emperor Jinmu was determined to go to the East when he was 45 years old and left hydration and arrived at Hayasuinto in the toyoyo Strait, where the currents were intense, a fisherman of Kunitsu God appeared and offered to guide Emperor Jinmu to guide him to the water, so the Emperor was able to pass the difficult place safely by awarding a vertebral saw to Jinhiko, so he is said to have given shiinetsuhiko's surname.

The Emperor's party is said to have been welcomed by the founders of Usa Kunizo菟 Hiko Utsutsu and usatsu hime built a temporary shrine (on the south shore of the Bridge of Usa Jingu) on the Usakawa River.

"This year is Taisa no Ye tora."
That year, on October 5th in the winter, the Emperor led the emperor and the boat to the East.

When we arrived at Hayasuinto( Toyoyo Strait), a fisherman (ama) came in a small boat.

The Emperor called this fisherman and asked.
Who are you? I was told

The fisherman answered.
"I'm Kunitsujin and my name is Uzu hiko. I'm fishing in Kokupo (wada no ura), and I heard that the child of Tianjin kami is going to come and pick me up."

The Emperor asked again.
Can you show me around?
Then the sea man said, "I'll show you around."

The Emperor ordered the fisherman to give him the tip of the vertebral tree, and he caught him, pulled him into the boat, and led the sea.

In the name of this, it is called Shiinetsuhiko.

This is the founder of yamatonoarai.

We arrived at Usa in the country of Chikushi.
At that time, there was an ancestor of 菟狹 (kuninomiyatsuko) and there was a person called 菟狹 (usatsu hime) and "usatsu hime".
On the river's top of usa's river, we built a pillar of the shrine, ashihitotsu agarinomiya, dedicated the Emperor, and held a banquet.
At 菟狹 time, he made his vassal" (usatsu hime) 娶 his vassal, Amano taneno ikoto, is a distant ancestor of Nakaomi no Uji." 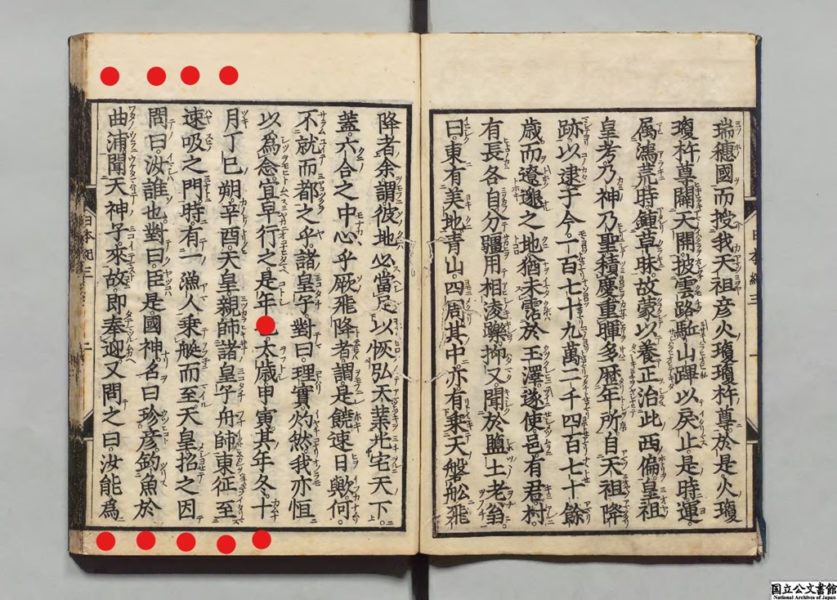 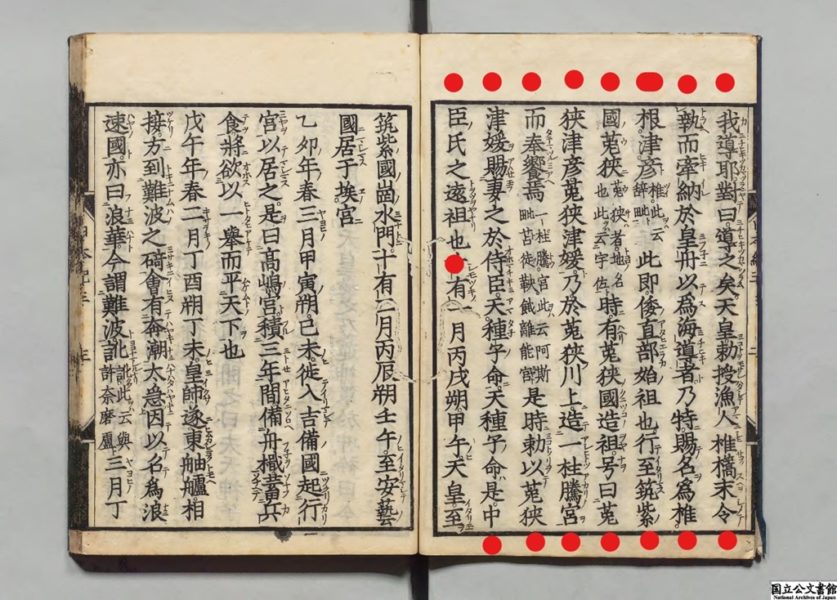 It is said that this sitting area is the landing point of Emperor Jinmu's line to Usa. 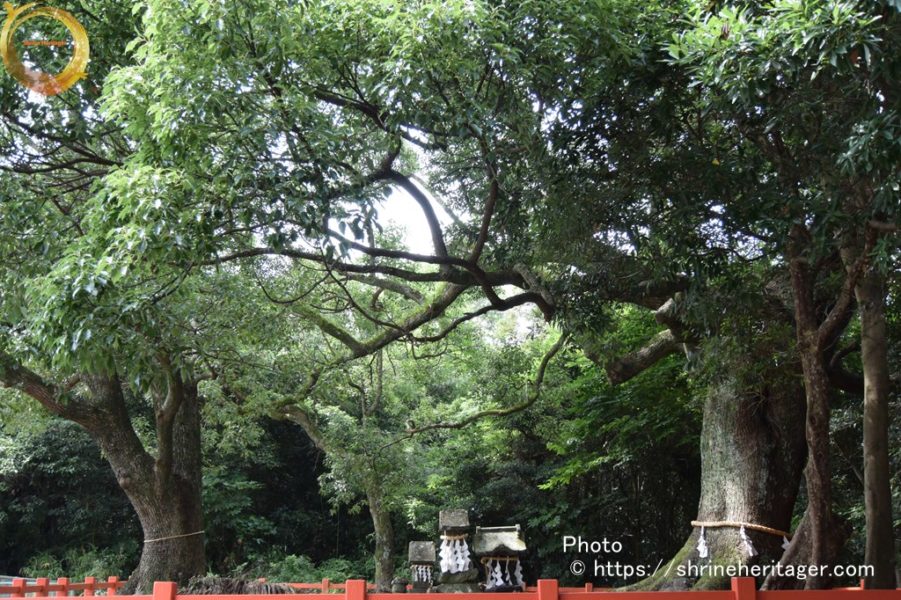 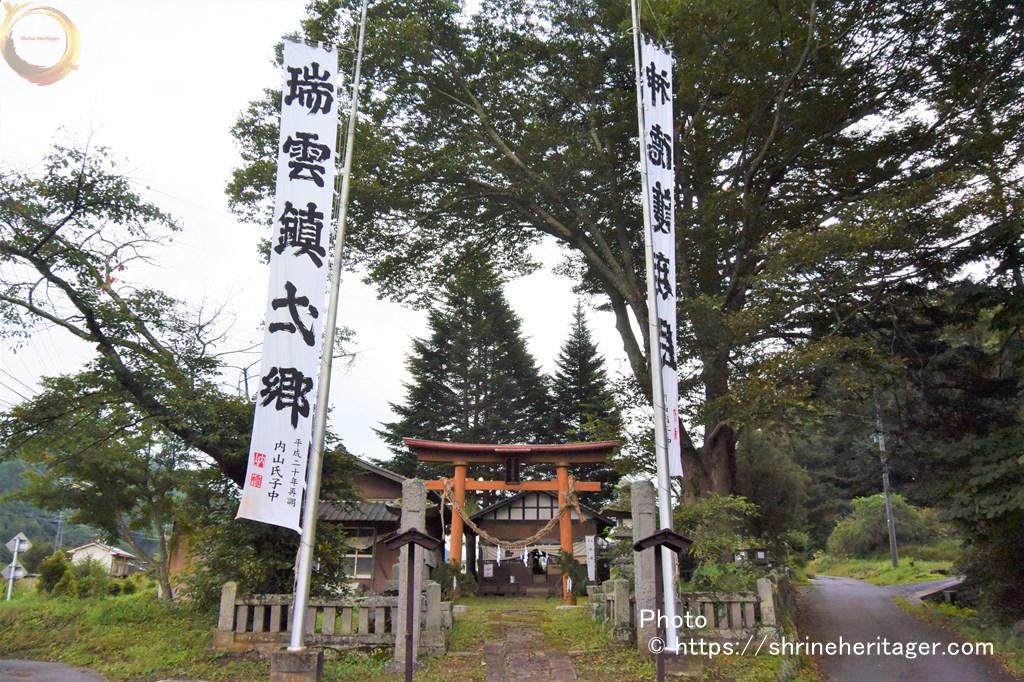 Tefue Shrine is said to be 8 set shrines outside the border of Usa Jingu Yukikai, and it has a long time as one of the visiting sites of the Yukikai.